Where the music of Taiwan starts

On this beautiful island, surrounded by hills and seas, has an unusual geographic environment and diverse humanity to create rich culture. Among all, distinctand varied music is a particularly rare treasure of the soil.

Be a guardian of Taiwan music, Taiwan Music Institute is dedicated to conduct the preservation and research, encourage creation, cultivate talents and share resource, aiming at carrying on the existence of Taiwan music and express its alluring beauty.

About the origin of the Institute

Do we need to have our own native music or not? - Shih Weiliang, Taiwanese composer

On June 21st, 1962, the United Daily published an essay written by Mr. Shih Weiling who resides in Vienna on its special column of a music review. Mr. Shih raised the question above, whichwas regarded as a crucial point for the Taiwan Music Institute to safeguard the music existed in the island.

This institute first set up as the Center of Ethnic Music founded by the Council for Cultural Affairs (the antecedent of the Ministry of Culture) in 1990. In 2002 it came under the authority of the National Center for Traditional Arts and was renamed as the Ethnic Music Research Institute. Due to reorganization of NCFTA in 2008, it then tuned intothe Center of Taiwan Music. After the establishment of the Ministry of Culturein May 2012, the Taiwan Music Institute was officially denominated. With the change of the new name, its administrative affairs have gradually expended. We may say that here is the place to start your search for the music of Taiwan.

The institute has setup a “Data Hall” for the existing fundamentalfunctions including “data collection”, “archive research” and “informationservice”, which is located on the second floor of the Taiwan Music Institute,The Xiqu Center of Taiwan, where a permanent exhibition on Taiwanese music is organizedto demonstrate the epical meaning and spirit of people, matters and objects,with a further library collection of abundant and diversified Taiwanese musicvideos.

The Golden Melody Awards for Traditional Arts and Music

The Golden Melody Awards were founded in 1990, traditional music as wellas art music awards were added since the 18th session, and it washeld separately from pop music to emphasize the independent spirit of traditionand art. As of 2014, it has been prepared and organized by the National Centerfor Traditional Arts, where the awarding ceremony introduced the theatricconcept, thereby returning to exquisite music emphasizing the inheritance andinnovation of art, and it was officially renamed the “Golden Melody Awards forTraditional Arts and Music”. 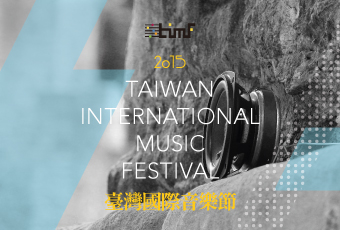