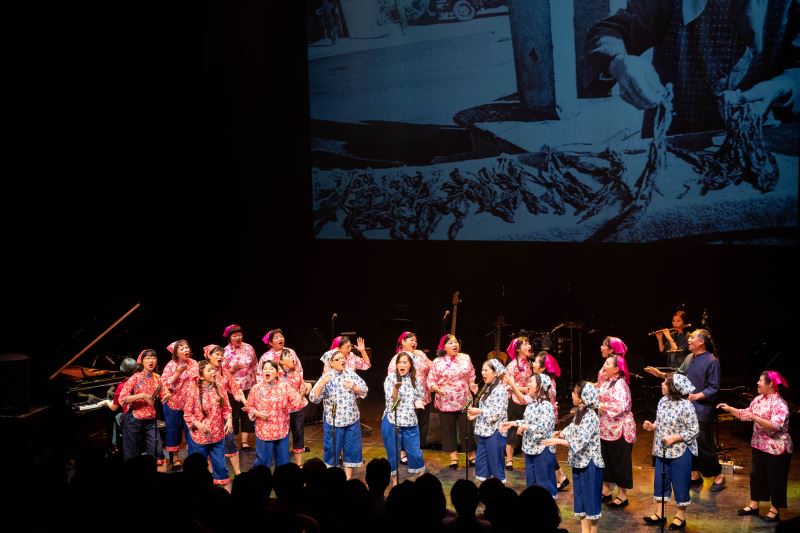 ◇ 2020/11/27 fri. 19:00-20:30
◇ Venue：Plaza, Taiwan Traditional Theatre Center
◇ Length：90 minutes
◇ Ticket Price：Free
◇ Note：
◆ People are invited to line up for starting on the day of the performance at 5:00 p.m. Doors open at 5:30.
◆ In compliance with CDC guidelines for the Contact-Based Policy after registration. Upon entering the venue, please do not exchange seats with any other patron, and please wear a mask. Thank you.

Soul-Searching describes the domineering Li Hsuan's rescue of the Grand Elderly Lord's young bull from an unbidden plunge into the Underworld. Enraged by Li Hsuan's audacity, the protector goddess of Yue destroys his body in retaliation. When Li Hsuan returns to the mortal realm, he is surprised to learn that he has no body to return to. As Li Hsuan's luck would have it, the Ox-Headed and Horse-Faced Hell Guardians and Black and White Impermanence (Escorts to the Underworld) make a formal appearance to claim his soul…

Legend of the White Snake is a legend of the Dragon Boat Festival. Buddhist monk Fahai informs Hsu the Immortal of his wife Bai Suzhen's true identity, asking him to add ruby sulphur poison to her wine to reveal the truth. Hsu is skeptical at first, but when he allows his wife to drink the poisoned wine, the spirit of the White Snake gradually takes on its original form…

The Naval Battle of Liu Ziqi is a story of the Wei, Jin and the North-South dynastic period. As Emperor Fu Jian of the Former Qin attacks the city of Nanchang, Liu Ziqi, a subordinate whom protector-general Zhang Wenrui protects like a brother, retreats. Alone against the Qin army, in the end Ziqi is no match for them and flees to Xiangyang. Much to his dismay, he finds out that Wenrui has surrendered and become the emperor's son-in-law. But instead of just grieving, Ziqi begins training a navy to face his former close friend in battle!

The Battle of Julu – King Qin the Second commands Zhang Han to lead an army to attack the state of Zhao, and King Zhao must stand siege in the city of Julu. Hsiang Yu's uncle Hsiang Liang leads troops to attack Qin, but is murdered by Zhang Han. Learning of his uncle's demise, Hsiang Yu breaks the peace brokered by prime minister Song Yi, and the armies of Qing and Chu clash at Julu.

Huarong Road relays a tale following the Battle of Redcliff at Chibi. At the battle's conclusion, his navy burned to ashes by Liu Bei, Cao Cao leads the remnants of his army in retreat. Determining that Cao Cao must flee via HuarongRoad, Kong Ming dispatches General Guan Yu to guard the road, but Guan Yu remembers how Cao Cao favored him in old days and spares him.

Founded in 1929, Ming Hwa Yuan Arts & Cultural Group has experienced the ups and downs of Taiwanese opera. Today, with its approachable and lively performing style, extravagant and colorful stage settings, energetic and unrestrained performances, and contemporary themes, the group has taken grassroots Taiwanese opera from open-air stages to national performance halls. With a mission to produce Eastern musical dramas, the group travels around the world, introducing Taiwanese opera to audiences everywhere.